What is the Female Gaze? 5 Brilliant Insights from Joey Soloway’s TIFF Masterclass

Every few months, I revisit this talk on the Female Gaze by Joey Soloway and it never fails to pump me up! Here are five insights from their masterclass and much more.

Joey Soloway (previously Jill Soloway) is an American television creator, show-runner, director and writer. Soloway is known for their Amazon original series – Transparent, based on their parent who came out as transgender and I Love Dick, based on the novel by the same name by Chris Kraus. They have also directed a film called Afternoon Delight, starring Kathryn Hahn that won them the Best Director award at the 2013 Sundance Film Festival. Additionally, they have produced Six Feet Under, an HBO drama series. Soloway identifies as non-binary and gender non-conforming, and uses they/them pronouns. You can find them on instagram and mubi.

The term ‘female gaze’ originated in response to feminist film theorist Laura Mulvey’s term “the male gaze,” that represents not only the gaze of a heterosexual male viewer but also the gaze of the male character and the male creator of the film. Mulvey discusses the male gaze in detail in her article “Visual Pleasure and Narrative Cinema“. Drawing from Alfred Hitchcock’s 1954 film, Rear Window, and Sigmund Freud’s theories of psychoanalysis, she highlights everything from camera angles, narrative choice to props in cinema to explain what she means by the term. In conclusion, she says:

None of these interacting layers is intrinsic to film, but it is only in the film form that they can reach a perfect and beautiful contradiction, thanks to the possibility in the cinema of shifting the emhpasis of the look.

It is the place of the look that defines cinema, the possibility of varying it and exposing it. This is what makes cinema quite different in its voyeuristic potential from, say, striptease, theatre, shows, etc. Going far beyond highlighting a woman’s to-be-looked-at-ness, cinema builds the way she is to be looked at into, the spectacle itself.

You can read a crisp summary of Laura Mulvey’s article here. Now coming back to Joey Soloway. This is what they have to say about the female gaze and how it can be used in cinema:

Insight #1 The female gaze is about feeling.

Joey lays emphasis on emotions. The female gaze is about about ‘feeling seen’ and not just the mere act of ‘being seen’. It is about prioritising our feeling bodies as a tool over equipment, time and money to communicate. It’s a resting away of the point of view, a change in how women feel about their bodies as a subject.

Insight #2 The female gaze is about returning the gaze.

An important part of the female gaze is ‘returning the gaze’, i.e.,”I see you seeing me” – feeling like the subject, looking at an object. It is an intense awareness of the protagonist’s growing powers.

Insight #3 The female gaze is an empathy generating tool.

Joey looks at protagonism as propaganda that protects and perpetuates privilege. Story, TV and film are empathy generating machines that can be used to challenge the politics of protagonism. The female gaze is not a camera trick; it is a privilege generator. It’s storytelling to get you on somebody’s side. It’s a conscious effort to gain empathy as a political tool.

Insight #4 The female gaze seeks to destroy all gaze.

She is the other gaze, queer gaze, trans gaze, intersectional gaze, the non-gaze, emanating out of the centre of not a triangle but a circle! She is undivided, the feel with me gaze, the seen gaze, i see you gaze, the truth gaze.

Insight #5 The female gaze as a phrase is problematic in itself.

We’ve coined the term female gaze to respond to the idea of male gaze pioneered by Laura Mulvey. So it has utility there. But it should rather be the ‘other gaze,’ the ‘non-binary gaze’ that destroys the seer and the seen.

Here are some other related insights from Joey’s masterclass:

On the Divided Feminine perpetuated by men: The good girls get proposed to, the bad girls die. They get into accidents, they are raped and killed. The female gaze is then a cultural critic and we can use it to call out these fucking storylines! We’re not Madonna and the Whore. We’re much more than what this binary allows us to be.

On the Divided Masculine perpetuated by patriarchy: Similar to the ‘divided feminine’ patriarchy has also coined the term ‘divided masculine’. The latter says that if you are a man, you can’t be for peace. It places limits and burdens on men to be their best selves.We must reject this and allow for good men to be our allies. Allyship is possible.

Towards the end of the masterclass, someone in the audience remarked :”Thank you for taking us to church today.” And I couldn’t agree more!

You can also read this article as a tweet thread here. If you found this piece interesting, and have something to say on the subject, please flock to us at theblahcksheep@gmail.com 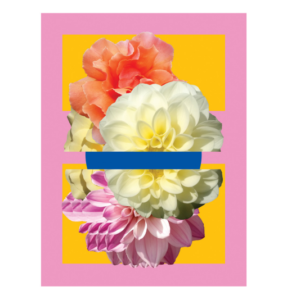 Artist Statement: My artwork consists of photographic collages with graphic elements and typography. I am interested in photographing aspects of 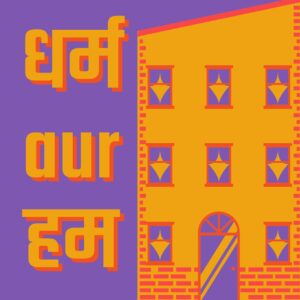 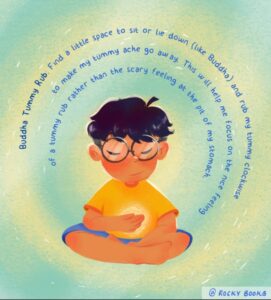 The journey of creating Rocky Books as co-founders and with our illustrator Arpita has been fun and fulfilling, even before