Death of a Body

This experimental fiction story titled “Death of a Body” is narrated by three wandering souls, each bearing a tragic story, connected by a mysterious thread. TW:// It explores themes of rape, abuse, suicide, and above all the nature of grief and guilt.

Sabitri| They were four of them that night, the memory of which, exists in fragments, like pieces of broken glass, which keeps on stinging. They deflated the tire of my scooter when I had gone shopping. And when I noticed, I was away from safety – alone, scared, and trapped in the middle of the night. Then they came out of nowhere, pretending to help me. I was reassured; little did I know of my fate. They pushed me into the bushes, tore off my clothes, and took turns, one muffling my mouth, one restraining me, while the other two tore apart my soul. I scraped them, struggling to get free. My nails were filled with the fragments of their skin and blood. But I should have realized, I wasn’t struggling with humans. They weren’t animals either, they couldn’t be, because even animals know the mercy and pain of others. They were monsters, of whom I had read in the fairy tales when I was young. They inserted a rod inside me. I may forget everything about that night, but I will never be able to forget the pain I felt when the rod sliced through me, rupturing everything that came in its way, from my womb to my intestines.

And suddenly I heard a gunshot from somewhere. They all panicked and left at once, leaving me behind to die in my pain. But I have forgiven them. That was the only way to rid myself from the emotions that ate my soul. But it’s all over, the pain and the grief, everything. I just wander around town, watching the lives of other people.

Someone is waiting at my tree as I return—a man.

“There is a girl in the far south of the forest. She needs some help,” he says.

Raghu| Nobody will ever know where I hid the gemstone. They may dig up the whole town, but they wouldn’t find it. Deepan Sahib, its owner, has put out many notices regarding it. It’s not surprising that he is willing to reward twice the price of the stone to whoever brings it back to him. Why wouldn’t he? It’s not an ordinary stone. It’s Labradorite, of red variant, making it even more precious. Deepan Sahib is so superstitious. They say the Labradorite brings luck and fortune. It helps in the purification and transformation of the soul. But he is still wealthy, isn’t he? He would have been even if I hadn’t stolen the gemstone.

I pass by the Banyan tree every time I go around wandering, and like every time, I find the girl in a state of sorrow. The grief is eating her soul and damaging her consciousness. Her soul is shrinking. If she continues to be in such a state for long, her soul will suffer irreparable damage. I need to do something. Poor child. I should ask for help from someone who might talk to her. Maybe, I should ask that woman who resides in the Eucalyptus. She was once stuck in grief too.

Noreen| Life hasn’t changed much after dying. I thought I would be relieved. But now I regret it. I hope my parents will forgive me. I wish I could tell them that there seemed to be no other option, and even if there was any, I was too reckless to see it. The guilt wouldn’t let go of me. It’s eating me from the inside. This tree is the only place where I find solace. It has become a part of my soul too. Sometimes, it tries to talk to me, asking me to share my burden with it. The others around me pass by this tree, as they move towards the town. They ask me to join them, but even the thought of returning to the other side frightens me. Sometimes, they gather around, to perform the Ritual of the Dead—they sing, joining their hands, and by the end of the song, all souls coalesce into one being. I would join them someday when this guilt passes.

Two figures are approaching in my direction, a man and a woman. The man is glistening as if his cold heart is glowing from within.

Sabitri| We invite her to join us in the Choir of the Birds. She doesn’t answer.

What’s the matter? I ask. You can share anything with us.

But the girl is immersed in her own thoughts. The man is right, her soul is shrinking, suffering from the paroxysm of sentiment. She is turning more and more transparent as time passes. A cool breeze blows through her, revealing the inside of her soul—hollow and melancholic. There is a mark on her neck, running from ear to ear, which has grown darker than her soul. Her consciousness will suffer if she lives one more day in this state.

She looks up and starts narrating her story.

Raghu| Poor girl. Her story wrenches my soul, but the emotions of the materialistic world have no place here. Everyone is equal, everyone is loved, everyone is treated fairly. She should let go of her regret. It’s all over now, and she needs to understand it. Look what excessive worrying has done to her. She has become as thin as air as if she is going to disappear into the unknown any moment.

The woman is equally concerned too. I can’t help but notice the sign of severe bleeding around her groin. The bloodstains have darkened. Then she starts narrating how she died.

I can’t bring myself to tell them how I died. I was a scoundrel my whole life and paid a price for it. I worked as a plumber, and the little I earned from it, went into gambling and drinking. It didn’t take long for me to get indebted and lose everything I had. Working as a plumber, gave me an opportunity to discover the expensive items in the houses of the rich. And one day, the scoundrel inside me devised a plan. I decided to steal a gemstone I saw in Deepan Sahib’s house. It would settle every debt, still leaving much at hand. He went out of town once and I knew it was my opportunity. I broke into the house to steal the stone. I was about to leave when I heard voices from a room. I got curious and peeped inside, only to find Memsahib with another man. They noticed my presence and panicked. The man was none other than the MLA Rajat Singh. I ran away. But I never realized that he was chasing me. A bullet pierced my heart even before I could gather myself and my thoughts. What had I gotten myself into?

Noreen| The man and the woman explain to me, how harmful it is for my consciousness to keep clinging to the grief which is meaningless now. The man tells his story too and I realize that nobody’s life is perfect.

“The soul is amorphous and so are our thoughts,” says the man. That made me think about my whole life. They bid their goodbyes to leave.

“I want to give you something,” the man says.

He puts his hand inside his chest and extracts a glistening stone. The sparkling light of the gemstone blinds me for a moment. I’m mesmerized by the stone’s captivating beauty.

His chest has ceased to glow as if his inner furnace is extinguished. There is a bullet hole in his heart, from where he took out the stone.

“I don’t need it anyway. It has been weighing on me with guilt. I have to let go of it as well. It’s not an ordinary stone. It brings transformation and purification to the one who possesses it,” he explains.

I’m speechless, still engrossed in the beauty of the stone. He waves his hand as if saluting and floats away.

“Wait,” I call after him. He stops and turns around.

“Tonight, we’ll go wandering in the ruins of the haunted factory. I always wanted to know what’s in there,” I say.

Dhruv is a freelance writer and a student of English Literature. His book A Scrapyard for Dreams, a collection of poems and short fiction came out a few months ago. 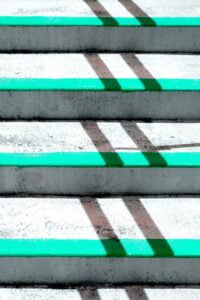 Of Rosa Parks, Cats and the Azaan

I have tried to know youLike a fish in a rich man’s aquariumTries to knowWater. When three-hundred and seventy five chairsAre 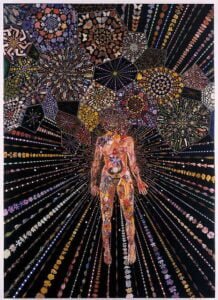 The Prophet of Senior Secondary School

The entrance to the prophet’s lair lay ahead, a rusted iron gate located on a typical road in India, a

A Personal History of Animals