“Bhikhari Thakur’s works highlight the hardship of the individual in search of work, home and family. That home and family is always Bhojpuri and from Bihar.“

Through this paper, the author aims to introduce Bhikari Thakur’s works to a national and global audience. There is more to Bhojpuri literature and music than double-meaning workpieces. Thakur has raised many important issues of women, marriage, poverty, alcoholism, domestic violence, unemployment, and migration in his plays. There is a dire need to raise awareness regarding his work and reinvent the glory of Bhojpuri culture and literature.

Bhikhari Thakur, a poet, singer, composer, dramatist, director and writer, used Bhojpuri i.e., a dialect of Hindi, spoken in western Bihar, Eastern Uttar Pradesh, and some parts of Jharkhand as a medium to end the romanticization of rural India and highlight the real condition of women in the countryside. With only one year of school education, he came to be known as the “Shakespeare of Bhojpuri literature”. Mahapandit Rahul Sankrityayan gave him the title of ‘unguarded diamond,’ while Jagdish Chandra Mathur called him ‘artist of the tradition of Bharat Muni‘. In 1944, the Bihar Government gave him the title of Rai Bahadur or Rai Sahab.

In this paper, divided into two parts, I will be discussing two most celebrated works of this fierce artist who went on to pen songs and stories questioning the redundant customs of the society of his times. Today, his works have been converted into hundreds of bestselling books. The literary works analyzed here are originally written in Kaithi and Devanagari script but the language is Bhojpuri. They primarily focus on the condition of women in the 20th century.

His life began at Kutubpur village of Saran district in Bihar on December 18th, 1887. He belonged to a poor family of barbers who like other Indians had to choose the work assigned to them according to the varna system and past family traditions but as he got exposed to the world outside his village, he learnt his worth and explored his limits. Due to the massive famine, he had to leave his family and migrate to the city for better subsistence. When he went to Calcutta, he learnt that the country he lived in was called Hindustan and it was then ruled by Angrez i.e. Britishers. After a few years of struggle and movement in Calcutta, he earned a lot of money but he was not satisfied with his work so he returned to his village and started presenting Ramlila; but was opposed by the upper classes because according to them people from lower castes were not allowed to perform such an important religious text. So, he formed a theatrical company and started writing and directing plays of his own in Bhojpuri, his mother tongue, the language of his poetry and drama.

He was the pioneer of a new trend called launda nach i.e, men dressing in the form of women and performing acts (since women were not allowed to move out of their parda). His writings were close to styles used in classical Sanskrit theater and Shakespearen plays (because they contain both songs and dialogues). An interesting characteristic of his works was the entry of labar or vidushak i.e, a comedy character who used to enter in the middle of the play in order to entertain the audience. He also adopted all popular Bhojpuri folk songs such as Biraha, Purbi, Kajari, Alha, Fagua, Chaita, Sorathi and Chaubola. He created a new form of chhand, called the Ghankasharichhand, as opposed to the colloquial chhand, which is matric. He wrote and published almost three dozen books and booklets in his career and his published and unpublished books are compiled by the Bhikhari Thakur Ashram and published in three parts as the Bhikhari Thakur Granthavali.

His plays greatly influenced the folk life of undivided Bihar (Bihar-Jharkhand), West Bengal and Odisha. The subjects of his play depict separation and the vices prevailing in society. The works that will be discussed in this section are two of his most spectacular, popular works i.e,  Beti Biyog/ Beti Bechwa and Bidesiya.

Beti Biyog/ Beti Bechwa (The Bhojpuriseller) is a Bhojpuri play written by Thakur that sheds light on the practice of mismatched marriages executed between young girls and aged men for the sake of money or bride price, paid by the bride’s family due to poverty or greed. This play was so impactful that news of young girls leaving the mandap and villagers sending back baarats of old bridegrooms started pouring in from different regions.

Based on unfortunate true events, this play not only illustrates the social evils like child marriage and the practice of mismatched marriages prevalent in society but also showcases domestic violence and abuse in unhealthy marriages. This play then encompasses the reversing family relations and psychological impact of these marriage arrangements. It also provides an insight into the society where either people valued money more than their daughter and she was used as a means to gain money or circumstances like poverty forced them to sell their daughters. It was mainly due to the paucity of money that people either sold their daughters or got them married to very old people. This evil was at its peak in society at the time of Independence. Through this play, the person who considered the birth of a daughter as a bad omen in his house was admonished. Bhikhari Thakur also raised several questions on the patriarchal society of that time in which there was no place for women no matter rich and poor. As a result, the condition of women was pathetic. In rich homes, marriages were performed without the consent of girls. Whereas people struggling in poverty sold their daughters for some money. However, this play had a huge impact on society.

In the above mentioned lines from the play, the girl child asks her father why he sold her for the sake of money to someone who doesn’t even value her, as from a free bird, she has become worthless. It shows us how in an unequal marriage, a girl loses her identity and is only taunted for the mischiefs she does.

Baharā Bahār popularly known as Bidesiya (i.e, the protagonist of the play) is another prominent literary work that focuses on women empowerment, migration, poverty and depicts the condition of women in Bhojpuri society in the 20th century. Owing to its popularity, it became the folk theater style of the bhojpuri region. Some scholars have also claimed it to be as popular as Ramayana in those days as Bidesiya changed to Varnik or syllabic like classical Sanskrit poetry, which has 32 syllables in each line like Ghankashari:Chhanda of Sanskrit. For example in Bidesiya, Pyari is expounding her husband’s appearance to Batohi:

Bidesia is a blend of religious, secular, tragic, comedy, traditional and contemporary theatrical genres in which Bhikhari Thajur added instruments such as tabla, reed organ, drag, sitar, jal, and vinci. This play makes an attempt to convey the pain of being away from one’s loved ones in the form of drama. An endeavor has been made to talk about those Bhojpuri newly married youth, who, influenced by their friends, want to leave their village and go to Calcutta in search of livelihood. The protagonist of this play, Videshi also goes to Calcutta in similar circumstances. While leaving, his wife tries to stop him but fails. It depicts the feelings and concerns of his wife towards him. His wife kept waiting eagerly for her husband to return from Calcutta.

However, Videsi, the protagonist of the play, falls in love with a foreign woman in the new city disregarding his wife who keeps waiting for him to return. Gradually, he starts forgetting his wife’s love. But one day his village friend Batohi comes with a message from his wife. He is overwhelmed after learning about her condition and is compelled to return home after hearing her compassionate message for him. The following is an abstract from the play that shows the desire of a married woman to see her husband who migrated to the city to earn his subsistence and give her an affluent life:

This paper thus sheds light on the pathetic condition of women in 20th century society through the works of Bhikhari Thakur. The irony is that when all of India was celebrating its independence, there was still half of society that was not allowed to step out of the house, compelled to live on the mercy of their husband/father/brother. Being a woman meant sacrificing one’s own happiness. Bhikhari Thakur’s texts discussed above bring out the anxieties and challenges faced by women really well. This paper then is an attempt to keep his legacy alive while reinventing the lost glory Bhojpuri literature.

Shalini is currently pursuing her Bachelor’s in History from Miranda House, Delhi University. Hailing from Bihar, she is an amalgamation of curiosity and energy. She’s an extrovert with the knowledge of only two digits i.e, 0 & 1 who loves interacting with new people, cultures, places, cuisines etc. She is the Vice-President of Raahi: the heritage walk society of Miranda House and is always eager to learn about the hows and whys of everything she interacts with and that’s what makes her a blahcksheep. 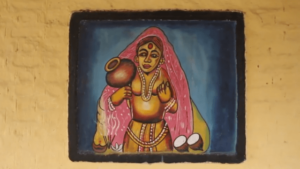 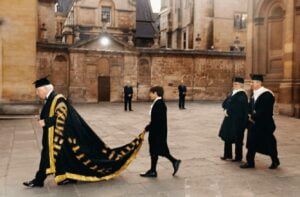 #Translation #Assamese You can read the original piece in English by Urvi Khaitan titled ‘History, Hallowed Halls, and a Hangover: 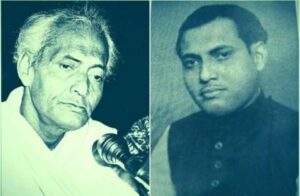