Musings on Love through the Years

Every time I start writing something, I wonder if I should. “What is the point of it?” my inner self asks. Maybe there is no inner self. But that’s for another day.

The first instance of love you encountered was in kindergarten when you had a crush on the guy who was rubbing his eyes, standing in the corner of your classroom. You didn’t know it was called a ‘crush’ then. You gazed at him and it made you blush a little. Maybe love was supposed to look like that, you thought to yourself.

It was the early 2000s. You were sitting in the back seat of your tiny four wheeler, carefully listening to that song being played on the stereo, making you wonder what falling in love would feel like when you grow up.

When your seventh grade boyfriend (lol) asked you out through a friend of a friend of a friend, you agreed to the idea of having someone you could fall for, without thinking about its significance or consequence. When he broke up with you, you ended up listening to the same four songs your phone’s memory could handle then, trying hard to cope with your first heartbreak.

Years passed, people changed, you kept falling in and out of love as the idea of love itself changed its shape and form. It was no longer a meet cute in your school’s corridor during lunch break. It wasn’t piling up recharge coupons under the newspaper of your book rack. It wasn’t typing ‘Don’t Reply’ messages because you’ve used your mother’s phone to text. It wasn’t scribbling your name together on the last page of your notebook. It wasn’t saving up your pocket money for a month to be able to afford your favourite chocolate. Love was the girl you found on Bumble. Love was being awake till 4am, not because you were an insomniac but because you wanted to know what the other person’s favourite colour was. Love was the cab ride you shared with that stranger you met at the coffee shop.

Love changed its form. It changed you. Love wasn’t all rosey. It wasn’t all romantic. It wasn’t all about having that one person for an eternity. Love wasn’t fate; it was effort. Love wasn’t promises; it was the will to keep them. Love wasn’t standing in the face of adversity; it was crumbling as adversity stared right into your face. Sometimes, love meant retracting into a cocoon while curling inside your blanket and bawling your eyes out. Love turned into shifting boundaries, over and over again. Love became the creation of boundaries. Love wasn’t perfect. Love couldn’t stand the test of time. Well, sometimes, it did.

You never pictured love like this. But love was ugly. Love made you want to hold onto itself while you were losing the hold on yourself. Love was shutting your eyes in the middle of the night, convincing yourself that what you felt was not okay. Love was talking to yourself for hours, assuming you were at peace but lashing out the very next day because you didn’t know what to do with the love that was brimming inside you when it wasn’t supposed to be. Love was wanting to take care but not being able to. Love was being taken care of but not being sure if you deserved it.

Love was respecting boundaries. Love was understanding. Love was the idea of not diluting the other forms of love because it existed in many forms. Love became acceptance. Love was hopelessness. Love was the coming back of hope. Love was platonic. Love was realizing how narrow and how vast it could be.

You would wake up to RD Burman and Sonu Nigam on the radio, you would jump out of bed to listen to Atif Aslam and Enrique on MTV, and you would drown in Adele’s sorrowful voice before catching the school bus. They told you love looked like different things. That this was one part of your world.

Love was a hush-hush word. Love was criminal. Love led to the neighbour’s daughter being forcefully married because she chose someone against the family’s wishes. Love led to your school senior being summoned to her hometown for she fell for someone from a different religion. Love made your college friend be estranged from her parents because how dare she fall in love? Love was lost when it was found. Love was not allowed to be around. Love wasn’t love if you found it in a person of a different caste, class, gender or religion than yours. Love was choosing between the people you love. Love was choosing your own self. Love was and love is.

Reetika is a Master’s student at Jawaharlal Nehru University. She usually writes to vent. Her write ups don’t fit into any prescribed formats or themes and that is what makes her a blahcksheep. Her other hobbies include compulsively cribbing about everything in life and eating. 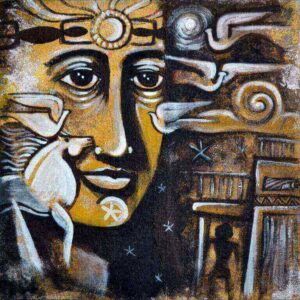 Part I Savita was folding socks when they announced the lockdown on the news. As she dropped each pair on 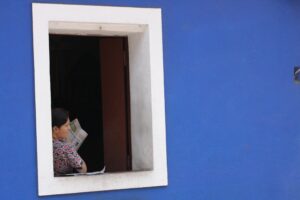 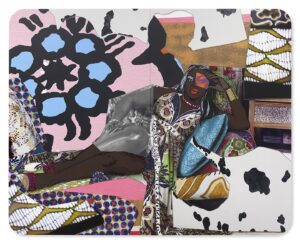 Mirrors lie every time; I do not look into mirrors for weeks or months at a stretch. If your authenticity