Developmental Causes of Out-Migration from Bengal

This research paper is part of the collaborative series between The Blahcksheep and the Bengal Development Collective. It was presented during the launch + symposium organised by the Collective at Oxford University on 19th March, 2022. The themes for the symposium were development history and climate crisis in Bengal.

About Bengal Development Collective: A West Bengal-focused think tank, advocacy group and research community that aims to alleviate the developmental challenges in the state through policy-level interventions. The team comprises civil servants, lawyers, public policy professionals and academicians from national and international institutions. You can learn more about their work here.

Migration has been an essential component of socio-economic and political change. People move away from their birthplace in search of a better livelihood, a safer neighbourhood, or a more inclusive society. Migration is a big indicator of the existing social and economic disparities between the place of origin and the migrant’s destination. As economic centres become centres for migrants, they gain access to cheaper labour, bolstering their own growth. However, the places where the migrants originally came from, their homes, lose out on precious human capital and their growth. India’s infamous brain drain is an example of this.

In developing countries like India, migration is usually caused because of “push-factors”. Poverty, unemployment, underemployment and natural calamities are “push factors” that drive people away from their home States. In urban areas, people tend to leave in search of higher wages, better labour conditions and quality education. The volume of inter-state migration within India has increased from 29 million in 1971 to 41 million in 2011 (Census, 2011).

In 1960, West Bengal was one of the richest states in the country. The state was a hub of manufacturing and it had an abundance of social and physical infrastructure which it inherited as the longstanding capital of the British Empire. West Bengal was home to a well-developed internal river valley system that was used for transportation and was connected to the largest port in the country at the time. Further, Bengal was endowed with massive reserves of coal and iron making the growth of heavy industries favourable in the region. Thus, West Bengal was a centre of in-migration. There was an influx of migrants from all parts of the nation, particularly from Bihar, Jharkhand, and Uttar Pradesh.

However, West Bengal was not able to make good use of all the capital it had been endowed with. In 2019, West Bengal’s per capita income was $1,989, one of the lowest among the states in the country. For context, the average per capita income of the nation was $2,191. In terms of the Human Development Index, Bengal is ranked 28th among 36 states and union territories, and its level of development is well below the national average.

Despite having highly ranked universities, recognized internationally for their research, a majority of high-school students left Kolkata, to pursue their higher education in other states in 2019.

How Many People are Leaving?

In the past decade, West Bengal has become an out-migrating state. People born in Bengal who have moved to other states are called out-migrants. Those born in other states and have come to Bengal are called in-migrants. Post-1991, there was a shift in the volume of migration. From 1991 to 2001, there existed around 1.7 million inter-state migrants from West Bengal. In the next ten years, the number jumped to over 2.3 million migrants. It is estimated that by 2018, this number had grown to 3.4 million. Compared to the number of people leaving West Bengal, the number of people entering has become smaller. In fact, the volume of in-migrants decreased from 2001 to 2011. While the total number of in-migrants in West Bengal has been stable at around 5 million or so, the total number of out-migrants has been steadily growing.

Seeing this steady growth in outbound migration, it is pertinent to ask the question of where people are migrating to and what is the composition of the people who are leaving West Bengal. Out-migration is more or less equally distributed between rural and urban areas. 51% of the migrants belong to rural areas of West Bengal and 49% belong to urban areas (Census, 2011).

More people have migrated to rural areas of other states than to urban areas. This sort of migration has been particularly concentrated around the neighbouring states of Bihar, Jharkhand, Uttar Pradesh and Odisha. Ironically, these were the states which supplied Bengal with labour during its phase of economic prosperity. It appears now the tables have turned, and it is Bengal which has become a supplier of labour. Apart from Bengal’s neighbouring states Delhi, Uttar Pradesh and Maharashtra have emerged as popular choices for those migrating to urban areas. In 2016, Maharashtra saw around 30,000 new migrants from Bengal, most of them residing in major cities like Mumbai or Pune.

We observe that there is a steady outflow of people from Bengal to other neighbouring states, without many new migrants entering Bengal. It appears migrants from other states no longer believe West Bengal to have the economic opportunities it used to.

Migration entails a massive physical and mental toll on the migrant. To leave your friends, family and relatives behind for a different land is a difficult task.

If we ignore the drivers of migration such as natural calamities, we find a majority of male migration to rural areas (including both rural-rural and urban-rural) occurs because of economic reasons. 60% of male migrants have moved away from their homes in search of a better livelihood. For females in rural areas in Bengal, a staggering 98% of them have moved away because of marriage. We see similar patterns for those moving to urban areas, with males moving away to search for work and females because of marriage.

Post-migration, the proportion of migrant Bengalis receiving regular wages and salaries has doubled, as compared to their status before migrating. Unemployment among the migrants has also reduced to a negligible level (0.75%) (Sarkar and Nil, 2020). Self-employment and casual employment rates have also been observed to increase. Overall, migrants from both rural and urban areas saw an increase in their wealth and their consumption expenditure.

Are the economic benefits experienced by migrants felt back home? Certainly. Studies have shown that Bengali households that receive remittances from outside the state tend to consume more goods; their consumption expenditure tends to be higher than the national average (Sarkar and Nil, 2020).

We generally see that households tend to invest their remittances into human capital formation by increasing expenditure on the education of family members. Remittances are also used for financing loans and healthcare expenditures. Thus, we conclude that a large section of migrants experiences economic growth post-migration, which is in turn shared with their families back home.

West Bengal ranks 4th in the country in outbound migration for employment. This implies that migrants believe that they will receive superior economic opportunities to better their livelihoods and support their families and this is supported by the fact that an overwhelming majority of migrants manage to secure work after the migration. This migration is a symptom of a weakening economy that is unable to keep up with the rest of the country.

Rural migration (both from rural and urban areas of Bengal) has been focused on Uttar Pradesh, Bihar, and Jharkhand. These states rank lower than West Bengal in terms of GDP per capita, average rural wages, and HDI, yet they take in a majority of Bengal’s rural migrants. Bihar has one of the fastest-growing agricultural economies in the country. There exists a massive demand for agricultural labour, prompting migration from Bengal to Bihar.

Interestingly, Uttar Pradesh and Jharkhand are two out-migrating states but they take in a large portion of rural migrants from West Bengal. These states have very similar growth patterns in their rural economy. They have displayed slow growth in their respective primary sectors, are heavily dependent on seasonal agricultural labour and rainfall and have similar cropping patterns. Thus, there exists cross-migration between these states.

West Bengal has the second-lowest monthly income per agricultural household (Rs. 3,980) as compared to the national average of Rs.10,218 (NSSO, 2019). This income disparity, combined with low employment generation has prompted rural-rural interstate migration from Bengal.

De-industrialization in West Bengal has forced people working in the secondary sector back to rural areas. The agricultural sector in Bengal is infamous for its underemployment of labour, which has led to a low labour absorption rate in this sector. Thus, people have been forced out of cities to return to their villages – where there is not enough work. This has led to a rise in migration as well as an increase in the petty rural non-agricultural informal sector. In the case of urban migration, the difference in development between the migrant destinations and West Bengal is obvious.

During the 1960s, Bengal’s per capita income was more than double Maharashtra’s. In 2020, it was merely 69% of Maharashtra’s. Maharashtra is home to the financial capital of the country and has boasted a booming service sector in its cities. The service sector in Bengal, particularly Kolkata, has stagnated post the IT boom. Migration to urban areas of Uttar Pradesh is also very prominent, particularly in places with an emerging IT sector. This is concentrated in the cities of Noida, Greater Noida and Ghaziabad. Noida is located in the National Capital Region and happens to have a massive industrial and service sector. These cities have significantly higher per capita incomes compared to the capital city of Kolkata.

A large part of Bengal’s population in urban areas is informally employed. They usually find work as street hawkers or as unskilled labourers for industrial units. With de-industrialization, the labour force is moving to cities of neighbouring states such as Patna, Ranchi, and Bhubaneswar. These states share a lot of the culture of West Bengal and are well-connected by rail and road, which explains their popularity amongst migrants.

All migrants leaving the state in search of work are below the age of 60, causing a “labour-drain”. Migration at this rate holds the potential to change the demography of the state.With the third-highest population of elderly in the country along with a steady outflow of youth from the state coupled with low fertility rates, Bengal risks becoming a victim of population ageing.

We have found that migration from Bengal to other states is driven by economic and interpersonal reasons, such as marriage. The underlying cause of the economic migration lies in the slow development of Bengal. There is not enough job creation in the formal sector, leading to a growth of a petty informal sector.

The average salary of a Bengali family can no longer be compared to the salaries of families in other states. Even though Bengal has the potential for strong human capital formation, there aren’t enough areas to put this human capital to work. The rural economy suffers from severe underemployment.

Migration away from Bengal is merely a symptom of a greater ailment – a symptom of an economy that is having a hard time keeping up with the rest of the country. Industries must be reinvigorated to shift the surplus of labour from the primary sector and reduce the underemployment present there. With the growth of the secondary sector, we can also expect growth in the service sector. With prompt economic reforms, Bengal may be able to reverse its migration issue and return to its historical position as an economic powerhouse.

Rayandev is a final-year undergraduate student at Jadavpur University, pursuing a major in Economics. His interest lies in the field of demographic and development economics – particularly around the contributions these fields have in making effective policy measures. 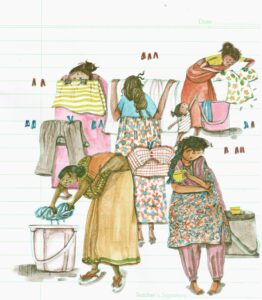 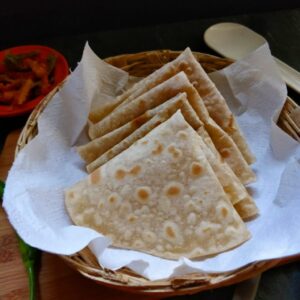 A Recipe for a Perfect Friend 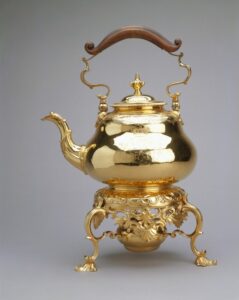 Remnants of Colonial life in the Nilgiris

‘Not a penny’s worth,’ ‘Thoroughbred’ are some of the phrases my granddad and his peers often used. For people of