5 digital collages that capture the passage of time and rituals

This collage series explores the concepts of social rites and their connection to the passing of time. The compositions portray different motives for social gatherings such as music, sports, drinking, eating, party, love, religion, travel, and fashion. The pop prism brings some drama and tension pulsating through the clocks ticking from one generation to another. I have experimented with some paints and cassettes to reinforce the camp effects in the form of this work. Time & Rituals intends to remind viewers of the essence of the Latin phrase carpe diem. The overall message is to play the tape and get the boarding pass, get ready, and go because the time is now.

Seigar is a passionate travel, street, social-documentary, conceptual, and pop visual artist based out of Tenerife, Spain. He feels obsessed with the pop culture that he shows in his works. He has explored photography, video art, and collage. He also writes for some media. His main inspirations are traveling and people. He is a philologist and works as a secondary school teacher. He is a self-taught visual artist, though he has done a two years course in advanced photography and one in cinema and television. He has participated in several exhibitions and his works have been featured in many publications worldwide. He writes for Dodho Magazine and for The Cultural about pop culture. His last interest is documenting identity. Recently, he received the Rafael Ramos García International Photography Award. He also shares art and culture in his blog: Pop Sonality. 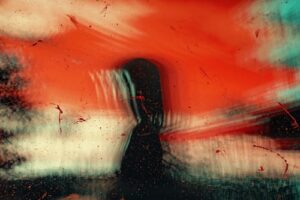 Death of a Body

This experimental fiction story titled “Death of a Body” is narrated by three wandering souls, each bearing a tragic story, connected 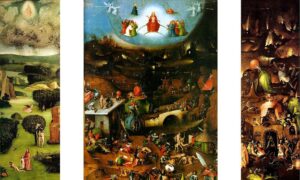 Disclaimer: The writer of this piece is a cis het man. Is it so hard to live in a decent