Patriarchy: The Oldest and Deadliest Virus that Claimed My Mother

You can read this piece in Assamese, translated by Dimpi Sarma here.

The term ‘patriarchy’ has garnered wider significance in everyday conversations over the last few years, after the countless sexual assault and abuse allegations against Harvey Weinstein surfaced. Watching this unfold in a public setting and witnessing the rise of the #MeToo Movement gave me pride. I felt like my voice could finally be heard if I spoke loudly enough about women’s issues and the role of gender in modern day society. It felt like this was the crowning moment for women to band together against a common foe – patriarchy. Unfortunately, I underestimated this enemy and the ways it could infiltrate a seemingly broad-minded household.

When the #MeToo Movement started to gain traction with countless women from diverse industries coming forward to tell their stories, I started to engage in multiple discussions with my mother on this topic. I told her that I was proud of all these women, that I hoped they would keep coming forward and continue to expose the heinous acts they were subjected to. Unfortunately, she did not feel the same way. She could not fathom why these women should be believed. She kept questioning their character and shifted the blame back to them.

“Why did they go along with it? Why didn’t they come forward earlier? Some of them are probably lying.” I could not believe these words were coming out of her mouth. Gone was the strong woman I knew. Instead, she was replaced by someone I did not  recognise anymore. I explained to her that the conditions were different. That there has always been a stigma around women who suffer abuse while  men have always been immune to any sort of accountability.

My mother refused to change her mind. Instead of wandering down the rabbit hole with her, I decided that we would agree to disagree. I tried to move on from that heated exchange, until a few months later when I had a conversation with her about toxic workplaces. At the time, I was working at a company where I was profoundly unhappy. A male executive, who was in a position of power, had put his hands on my shoulders and tried to massage them. This was distressing and made me feel highly uncomfortable.

I revealed this incident to my mother and her detached response changed everything for me – “He’s probably making you feel better. I would love to get a massage from my boss if I had one, it’s relaxing”. I was stunned. Not only was she supportive of this indecent behaviour, she also suggested that I should enjoy it. I cried myself to sleep that night. To be honest, I do not know why I was surprised. This is the same woman who blames other women for being sexually harassed. Why would she think differently if her own daughter went through an uncomfortable experience?

And that is when it dawned on me. My mother is not the root of the problem. The system is the problem. Patriarchy is the problem. That is why she condones abusive behaviour with“everyone has their strengths and weaknesses.” That is what pushed her to slap Fair & Lovely on my face when I was a child because “don’t you want to be fair and pretty?” That is why she constantly tells me that I need to “settle down”. She gave up her career early on for the benefit of my father and that was her choice, so she does not understand why my career is of utmost importance to me and that getting married is not my priority. Patriarchy is why my brother gets away with speaking in a harsh tone but if I try to have a rational discussion about a topic she does not  agree with, I am “disrespectful” and “talking back”.

Fuck the patriarchy. It has taken hold of my mother like a virus and refuses to be eradicated. It has destroyed my confidence in her morals and integrity. Sometimes I feel like she resents the fact that I am opinionated. That I will not apologise for who I am. That I refuse to cower to societal pressure. I am aware she never had the opportunity to speak up and was always held back from her full potential because of the dreaded ‘Log kya kahenge?’ Societal norms and people-pleasing is what shaped her into who she is today. Patriarchy is what happened to her and countless other women who have been tragically forced to put their own happiness on the back-burner. Nevertheless, I persist. I will continue to try and educate her on how damaging patriarchy can be and why it is imperative for us to change the narrative.

Anjali currently resides in Boston and works at ASICS, though her dream is to write for television. She is a feminist who frequently writes on the intersection of gender and politics. She loves to read and will often be up till dawn trying to finish ‘one more chapter.’ She globe-trots quite a bit and is a foodie who will fight you for the last piece of bread. You can find her on Twitter @anjaliagarwal05 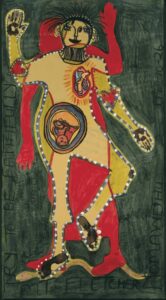 The Challenges Faced by HIV Patients during COVID

Report based on interviews with HIV/AIDS patients in India Note from the author: I wrote this piece with a sense

Of Broken Mirrors and Scarred Hearts

A Series of 4 Poems Trigger Warning: abuse, suicide, self harm (This could be traumatising or disturbing to read.) (Maa, 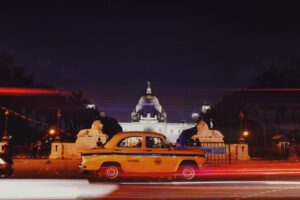 Developmental Causes of Out-Migration from Bengal

This research paper is part of the collaborative series between The Blahcksheep and the Bengal Development Collective. It was presented