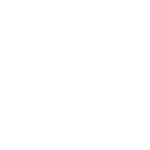 The hegemony of the English language has curtailed true freedom of expression rather than furthering it. Mainstream publishing platforms globally promote elitism in the garb of “good writers”. Who is a “good” writer? Someone with a good command over language? Someone who eats English, sleeps English, breathes English?

Is an idea in broken English not an idea worth exploring?

The Blahcksheep is an attempt to unshackle the colonial hangover masquerading in the global publishing industry as “worthy content”. By promoting multilingualism, we aim to create a digitised archive of abandoned cultures and forgotten languages.

We wish to end gatekeeping in publishing by democratising the space and making it accessible to all, especially first time writers, POC, women and other marginalised sections from across the word. This is your platform to catapult into the world and create an alternative space that is not driven by money and networks. We hope you enjoy the journey.