The Landfills and Other Poems

The landfills if it never stopped raining?

The early chapters of genesis without wood to put in piles St.
Thomas slowly dunked into Lake Mead
two years of blended destruction
waves of population leaving at different speeds

the trash-can open
half a black cloud and the brown church. threaded grease-trap smoke
churning | free-blown.

warn your children
censor your stories
forget your spanish.
His ripped tongue edible
taraxacum
beats:
one one three/
two one bare/
on and on . . .

left my hair with his dead skin and spit.

half-moon before, under, his eyes.
down the steps to the small pond
thinned to a final boiling thread.
the sky’s clear yarn dried.
roots that used to stitch the bark.
sap that dripped on glass
it’s partner is two inches off.

the short knotted hills taken by the ants
and ants that pour themselves from their own lump stolen from the dirt-grains.
piled between them:

brown flesh
one arm over one arm.
the sun gives light to,
darkens me.

i make my way through a seesaw of poor and not. watch for cracks
beware of dogs.
the town, around me, slowly turns
from town to him.

What phase of sun
First saw the Catholic mother?
Rough beads,
— Not smooth from her oiled ridges — Notched, dented
With taps and digs:

Reminder of different sins and worries The son in Chicago,
the breath In his mouth On different brown skin.

Ridges which they tell me differ from

All other, praying, morning forms.

Stephen is a twenty-five year old writing and working from a small town in Texas hoping to use different formats to merge his community’s history with current times. 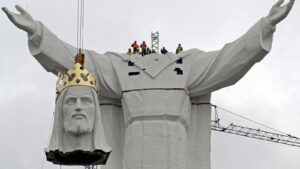 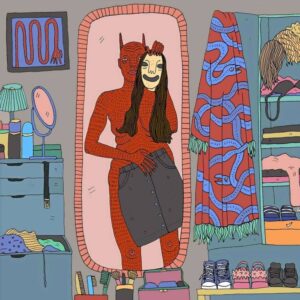 “Hey, I want to confess something!” she said. I was a bit perplexed.“Confession? What could it be?” I thought to 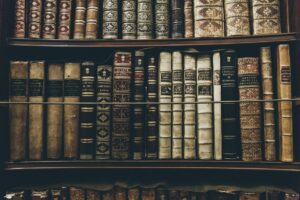 [This article by Ananya Narain Tyagi first appeared in a blog, Law and Other Things. It has been co-edited and