History, Hallowed Halls, and a Hangover: An Oxford Life

You can read this piece in Assamese, translated by Dimpi Sarma here.

It’s been nearly four years since I started studying at Oxford, and I still don’t quite know how I feel about it. I grew up in Calcutta in privileged circles that fetishize elite institutions and exclusivity, and I had aspired for an Oxbridge education for so long that I cannot think of a moment in my life when that was not a goal of mine. An MPhil and half a doctoral degree in history later, it’s clear I don’t mind the place (and the place doesn’t seem to mind me), but I’ve realised a culture of outdated practices and elitism needs a lot more questioning – that just because something is supposed to be ‘Oxford’ does not mean it is beyond critique. There are at least two powerful elements that draw a majority of students to Oxford – one, (a no brainer) Oxford’s status as an academic institution of great repute, and two, the idea of Oxford, or the chance to live the Oxford ‘experience’. So much has been made of its hallowed halls, its grand formidable architecture, its storied libraries, of wearing billowing black gowns to formal dinners and exams, and, somewhat annoyingly, its real-life Harry Potter vibe.

I read for my undergraduate degree in history at St. Stephen’s College in Delhi, also an institution with a reputation for elitism that has primed brown sahib after brown sahib for Oxbridge degrees. But an undergraduate education at a public university in India is necessarily constrained by a variety of factors. The tuition fees for a semester at the University of Delhi was ninety rupees (of course College fees were much higher). Even with arguably the country’s best training in the liberal arts, we did not have access to the kinds of resources that students do at universities in the West. And so, what blew my mind when I started at Oxford was the sheer vastness of its libraries, both physically and virtually, and the readiness with which a monied university procured resources I needed. Through an academic lens, I have never been provided for as well as I have at Oxford; every day I am pushed further and further intellectually and have all the freedom in the world to really think.

From the outside, an Oxford classroom appears to be a pretty combative space. People ask a lot of questions, critique, argue, provoke, poke holes in each other’s arguments, and then invariably end up at the pub afterwards and resolve any tensions over a pint (or several). It takes a special kind of energy to be part of that culture – an energy that comes easier to some than to others. Initially, as a brown woman and an international student with my own set of insecurities, I certainly couldn’t walk into a room full of portraits of old white men and feel at home enough to put my thoughts out there to be shredded to pieces. Every imposing carpeted room with vaulted ceilings presented a new challenge. I felt the narrowed eyes of centuries-old pale male stale portraits staring down at me, bemused by my presence. In my first year there, I never touched the free wine provided after every seminar.

Four years in, I’m a different person. Speaking to a room full of a hundred people isn’t nearly as nerve-wracking as it used to be. I have met brilliant, talented, kind, and extraordinarily humble people who have taught me that academic excellence is all well and good, but trying to be a good person comes before all that. I have also spilled red wine on too many priceless carpets, and once on the expensive suit of a famous old man. I’ve sat at college high tables in dining halls as the lone woman of colour, physically elevated above my fellow students. I have repeatedly had my cultural background fetishized, exoticised, and mansplained to me, and on one occasion I was asked where I had kept my pet elephant. It was a joke. I didn’t find it funny (I still don’t).

Class matters massively in Britain, as it does in India. Many people are consciously or subconsciously pegging one another in a social hierarchy, and as an ‘international’, my class status isn’t immediately clear. My upper-middle-class Indian English-inflected accent and the twists and turns of my Calcutta lilt defy easy classification in these circles, and I’ve come to recognise the flutter of panic on faces as they play mental jigsaw puzzles trying to slot me somewhere. To be quite honest, my own privileged upbringing made it easier for me to assimilate to a culture of bedrooms being cleaned by college scouts and being waited on in dining halls.

What I discovered is that even within the elite bastion of Oxford, there are circles that feel a constant need to hierarchise further and prove even greater exclusivity. Some colleges are richer than others and some degrees are more ‘Oxford’ than others. Everyone is in pursuit of an ‘authentic’ Oxford experience, when the truth is there is no single authentic Oxford experience – it exists only in the abstract. The idea of Oxford that we’ve received through history, film, and literary and cultural imaginations is not necessarily an Oxford that would be welcoming to womxn, non-Anglicans, or people of colour. Yes, change is slow in a university that is nearly a thousand years old, but until 101 years ago, as a woman I would not have been eligible for an Oxford degree.

Outside University, I’ve noticed that saying I study at Oxford has tended to inhibit conversation rather than generate it, that my views are challenged less even though I’m never the most informed person in a room. As a miniscule fish in a gigantic pond surrounded by incredibly talented people, being at Oxford has been tremendously humbling. Yet if I meet someone new, so often my academic affiliation becomes my identity and their way of remembering me. As uncomfortable as that makes me, it’s also made me cognisant of how powerful the idea of Oxbridge is and how much it speaks to the soft and invasive power of the colonial hangover.

During the first Covid wave last year, I would go for a long walk in my Jericho neighbourhood every evening. Every day I would pass the same telephone box, and the graffiti on its walls went something like this: ‘You didn’t get into Oxford because you’re ‘special’. F*** #StructuralInequality.’ I couldn’t agree more.

Urvi Khaitan is currently a PhD student in economic and social history at the University of Oxford focusing on gender, labour, and empire in India. Apart from sitting in dusty archives, her interests include working to increase public engagement with complicated histories and thinking through their impacts in today’s world. She is a blahcksheep because she has been floating from degree to degree to delay finding a footing in the real world. She has also discovered that she tends to over complicate her life on purpose in an effort to ‘challenge’ herself. 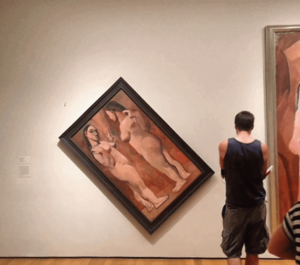 Let the World Know that I am Not Straight

For many years I was confused. My ideals and expressions were ridiculed. I did not know myself. I lived my

A Personal History of Animals 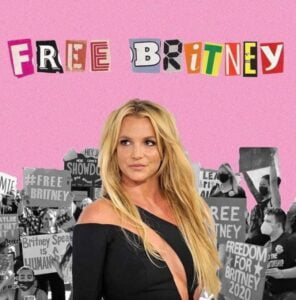 #FreeBritney: Why the movement is spearheading conversations on Reproductive Justice

I’ll tell ’em what I like, what I want, and what I don’tBut every time I do, I stand correctedThings