God is the Visual Manifestation of Our Beliefs

“A belief is a belief – there is no better belief, truer belief or higher form of belief. Different situations and circumstances have led us to believe things differently and see things differently. Religion can never be hereditary...”

The way I was brought up, there wasn’t even a single instant where I questioned the existence of God and his power for a long time. But soon, I started meeting people who felt and thought differently – and I  am glad I did –  it made me question a large chunk of beliefs. I only needed God when I was in trouble, when the situations were adverse or when I was sad. I realized that when faith and hope assume a collected shape, I refer to that entity as God. When nothing else is left to do, I turn to God because he is a sign of hope.

The  intensity of beliefs compounds when we see things, which is why, I believe, we give visual forms to our beliefs in the name of God.

In the earlier days, it is said that they worshiped the sun, for it decided when the day began, when it ended and influenced the weather and the climate. They believed in the sun that their eyes could see and thus, prayed to the sun god. We could argue that irrespective of their prayers, things are going to go the way they go, because that’s what science dictates.  But I believe that the convergence of science and faith that leads people to believe that an omnipresent entity is looking out for them has birthed the idea of a God as we know it.

However, they slowly started projecting fear among people in the name of God, and brought in so many rituals and customs by selling the belief that this is the way God wants to be prayed to, or this is how God looks – and these beliefs formed religion.

From what I understand, religion is a place where people with similar beliefs come together, like a club. But over the years, humans as a society have managed to dissect our group into smaller and smaller portions in the name of religion, which in its essence is nothing more than collective belief.

A belief is a belief – there is no better belief, truer belief or higher form of belief. Different situations and circumstances have led us to believe things differently and see things differently. Religion can never be hereditary.

I would say I am not a religious person. To me, when I randomly pray for something and it happens, I feel a presence greater than me instead of feeling it’s just a weird coincidence, and I like  naming it God because then at times when I feel down the most, I feel like I have someone to turn to – but religion itself has little to do with that. Some people say they feel closest to God when they are around nature, and some say they see God when they help people, and I believe every one of them because we have restricted this universal power by giving it a physical form – when it’s a boundless entity.

To have faith, to be able to believe beyond facts, to help move on, we need some push – and that push is God. The discrimination and violence in the name of religion – it was never about God, it was to exert power over the minority, combined with a little bit of a superiority complex. It’s a free world, people should be able to believe or not believe or even just question whatever they want to and how much ever they want  to. One just has to learn a way to do it with dignity. Life and God work in mysterious ways. We constantly try and find the answer only to realize there was never a question in the first place.

Kamalavinayagam G. calls herself an ‘escapist’. She believes that while not all blahs may be great ideas but all great ideas were once blahs. 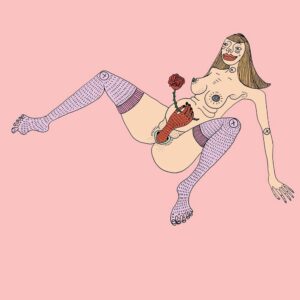 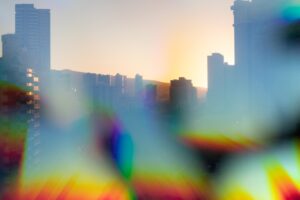 I’m done, Mami: An Unsent Letter to my Mother

You’re no mother. Yes, you gave birth to me (which you reminded me of on each of my birthdays, always 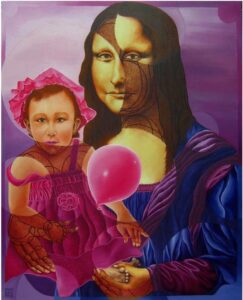 #Translation #Assamese You can read the original piece in English by Anjali Agarwal titled ‘Patriarchy: The Oldest and Deadliest Virus