Story of Bholu, The Elephant

Bholu started his service with much enthusiasm at the local station and then to his surprise and delight, within a span of one year he was promoted as the official mascot of Indian Railways, with his picture  inscribed on Indian coins as well. Bholu had to pinch himself to make him believe that he was not dreaming and it was for real. His family and the whole elephant community celebrated and rejoiced in Bholu’s honour. They thought at last humankind had learned the lesson of coexistence and there was going to be harmony amongst humans and elephants. With these happy thoughts, they bid farewell to Bholu and he started his journey to the big city.

In the beginning things were pretty awesome for Bholu, he was enjoying his fame as the Guide Elephant of Indian Railways. But as time passed Bholu started to get horrific news of elephants being rammed down by high speed trains every now and then. One fine day, while holding the green lantern as a signal for the train to pass, Bholu shivered to the trunk as breaking news flashed on the station television. Elephant calves were being rammed down by trains while passing through a forest area.

It was too much for Bholu to bear and he ran with all his might only to  disappear amidst the thick fog of winter night.

While this is an imaginary story, the story however brings to light the irony and hypocrisy that prevails in our system. On one hand, Indian Railways has officially announced an elephant to be its mascot in 2003 while on the other hand, countless elephants meet their demise while crossing the railway tracks, either being rammed down by high speed trains or due to animal corridors being blocked as more and more railway lines get laid down inside forest areas and elephant habitats. It’s high time to wake up from our slumber and voice our opinion for the voiceless animals of our country.

I was roaming freely in the wild.

My herd was my pride.

You put shackles on my feet and boasted among your kin
‘Hey, let’s tame the wild beast’!

With sores on my feet I walked on the concrete.

When I was meant to walk on a path, filled with green grass and weed.  You ventured into my home and ransacked it down.

Running wild with hunger, when I set foot in your home.
I was electrocuted and poisoned, to meet my demise.

If that wasn’t enough, you blocked my path, with a railway line.
Removing the ‘elephant’ itself, from the elephant corridor.

You fight for your freedom and free will.

Yet I wonder..why you pay no heed, to the cry of other living beings..

To celebrate and put me into fame.

whom nature has bestowed equal freedom to thrive and survive.

Rashmi Hazarika is a graduate research student in Community Health at Memorial University of Newfoundland, Canada. Her research work is related to the community and environmental health aspects of indigenous communities of Newfoundland. She is also a keen lover of nature and wildlife and hence, loves to write about wildlife and environment related write ups quite often. In the predefined societal rules of study, job and ‘securing the future’, Rashmi  found herself on the other side of the road yet to be walked on and explored. #LoveMonth romance (n.) /rə(ʊ)ˈmans,ˈrəʊmans/definition: a quality or feeling of mystery, excitement, and remoteness from everyday life. Romance is a thrill, 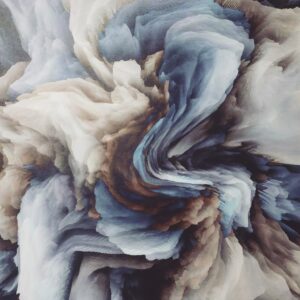 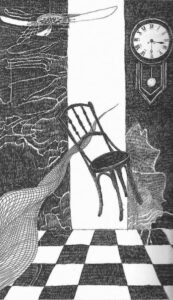 This is a poem about someone Shanaya lost. Sometimes, I’d be strolling around some place,My own ignorance would hit me