In Indian weddings and birthdays, it is common to see a person dressed up as any famous personality/character from a popular comic to entertain guests. It is usually working class people from humble backgrounds who take up these odd jobs and they often go unnoticed. I recently came across an article about a woman posing as a statue for a paid assignment. She was subjected to reprehensible behaviour from the crowd. That incident, ingrained in my mind for the longest time, culminated in this story titled ‘Nothing Much’

Raghu is struggling to move by even an inch. Whatever has happened to him is beyond imagination. But he has to take a few more steps and he will soon be home.

“Baba!” Manua screams. “What happened?” Manua runs to his father to hold him.

“Nothing much, I was mistaken for a thief, Sahib Ji thought I stole his money,” Raghu states. He throws himself on the solitary bed in the room.

“What is that?” Manua asks looking at Raghu’s hand.

“It’s a food packet, Sahib felt sorry and gave me this. This is for you, I have had my food,” the last part is a lie.

“Why didn’t Sahib give you first aid? He realised his mistake, right?”

The only source of light in this room is a flickering candle. There’s nothing in this room to talk about. A few shirts that are kept folded at the corner, a few utensils that need serious cleaning, a pair of torn shoes and a bed for two – that’s all the room contains. No, there’s no third member, she’s gone.

Raghu doesn’t know how to respond, he has neither strength nor prudence to cook up any more lies. He closes his eyes.

“Where have you worked so far?” The man asked.

“Like what?” He had a grave voice that shattered Raghu’s rib cages when he spoke.

“I make impressions of Chaplin, jokers, and animals sometimes.”

“Provided by the ones who hire me.”

“What about the money?”

Raghu looked at him questioningly.

“Something this town hasn’t seen before, a living statue. For just one day, you’ll be paid double the amount.  But you’ll have to stand in a definite, permanent pose. No movement allowed.”

Raghu gave a nod that had an edge of uncertainty, anxiety and excitement.

Raghu, all decked up looking like something he has never seen before, stood at a busy market area. He was unrecognizable. It was a sunny day and standing in the middle of the road in broad daylight was a daunting task in itself.

“Hey see, it’s real!” a girl commented. “Papa! It’s a human being! Look at the pharaoh!”  a child screamed.

“Is it?” The father stared in disbelief, thinking to himself, ‘What make up! No! Is he a human being or a statue? Yeah, how can someone erect a statue in one day? Umm…maybe it’s a drop-in statue…’

With these two words, the man brought hell on earth.

“Come on, throw this at the statue,” someone threw a stone. It hit Raghu’s stomach. It hurt, but he didn’t move.

“Check, check!” someone moved Raghu’s hand…that was decent at least.

Someone threw another stone, a bigger one. It transformed into a game as to who would make the statue move.

Raghu had Manua’s face floating in front of him. How could he move?

“Yeah, Babu! Come, come!” the mother made her child pee at the foot of the statue. Raghu had already started bleeding and then it was the smell of urine that made it worse.

Someone touched his private parts, pulled his pants. Someone decent threw coins at him, hardly of any use.

Raghu was bleeding, hurt inside out, his previous jobs were far better.

Raghu’s session had ended. Suddenly, there was an air of disbelief around.

That man who threw a stone at Raghu pretended not to have seen him.

Those college students at the corner of the street who passed lewd comments at him, were still laughing at him, it seemed.

Raghu stared at the mother who had asked her son to pee at his feet. She looked down. The guilt in her disposition was unexpected, but that was Raghu’s solitary victory.

“Sahib, my money?” Raghu could barely stand. It was late at night. Manua would be waiting in the hope for more food.

“See, it was a promotional act for an upcoming theatre drama. Once there’s a collection, we will pay you.”

Raghu felt ditched. Sahib wasn’t convinced. As a reward, all he got was a packet of food not enough to feed more than one.

Manua is eating the Roti Sabzi as if he is tearing a chicken leg. Raghu was feeling hungry until he saw this.

Raghu then goes to sleep.

Somnath is an IT professional in a software company based in Kolkata. He has been looking for an outlet to express himself. So, the desire to voice his thoughts makes him a blahcksheep. 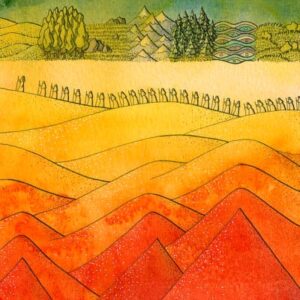 ​​The Daughters of Abraham 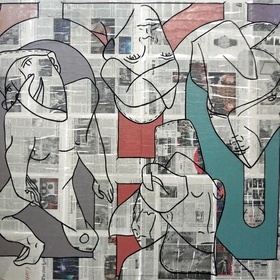 Choice and Other Poems

I breathe the air they provide,I see what they make me aim at.I believe what they think is true.I let 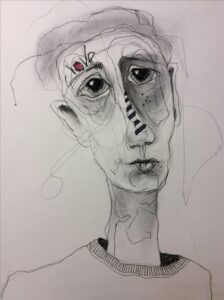 A fertilizer factory in Durgapur facing political tensions, abruptly shuts down one day. Small quarters are provided by the association