A fertilizer factory in Durgapur facing political tensions, abruptly shuts down one day. Small quarters are provided by the association to factory-employees who, in a snap, lose their job, security, insurance, and a living. Most of the employees leave the place except very few who worked there for more than 30 years. The government decides that the ownership of these quarters will be transferred to the family after the employee’s death.

A 23 year old ex-employee named Surjo continues to live in his quarter. Surjo was able to find another job unlike the older generation of employees who make a living out of their pension funds. The factory was built in the outskirts of Durgapur and a quarter is located right next to it. Beyond the last quarter in the row is nothing but budding jungle in the raw. This last quarter belongs to Surjo. The quarters are small square blocks with one room, kitchen, and a bathroom with an Indian toilet. Surjo’s house is between the jungle and Monty-kaku’s quarter.

Monty-kaku is an old and weary employee. His retirement was due the next year. All of his three daughters are married off happily. He lives with his wife who loves to cook a little extra lunch on Sundays. She invites Surjo for lunch on these days. Monty-kaku’s conversations with Surjo are either about banks or Surjo’s garden of hibiscus.

One Sunday, Surjo’s childhood friend Mithoon was traveling from Asansol to Kolkata. Mithoon decides to drop by and spend the night at Surjo’s. Surjo makes a cup of tea for him as soon as he arrives in the morning. Their conversation begins and goes for one hour straight. They shifted from one topic to another, forgetting about the cold tea. At lunch, Mithoon is waiting at the dining table. A window is right above the dining table, facing Monty kaku’s quarter.

Mithoon notices Monty-kaku outside his backyard and smiles at him. Monty kaku seems to be worried about something and does not return the smile. Mithoon notices the wall clock whose time is running differently than his wrist watch. The difference is only 45 minutes. He is confused if the fault is in his watch or Surjo’s. There are no watches in the house, nor does he have another watch to compare the time. So, he peeks outside to ask Monty-kaku for time. Monty kaku has now crossed over the fence to pick a hibiscus from Surjo’s garden under this window. He notices Mithoon looking at him in surprise so he quickly walks away in embarrassment.

Surjo arrives with packed food and quickly allots plates & bowls to Mithoon. While having lunch, Surjo inquires of Mithoon’s departure time tomorrow. It is 6:30 in the morning. Surjo then warns him to not follow the wall clock because it runs 45 minutes slower. Mithoon laughs out loud thinking about his confusion a few minutes ago. He informs Surjo about the old man picking flowers.

Surjo begins to laugh when the description matches with that of Monty kaku’s but goes silent when he notices the confidence on Mithoon’s face. Surjo swallows the food inside his mouth and explains everything. At that moment Mithoon learns the name of Monty kaku, who died a week before his arrival due to a stroke. The state government dismantled the factory and sold it to metal scrappers. Monty Kaku’s stroke came on the day he learned that the government used up all of pension funds to recover from the loss of the shut down. His old wife is now living with one of her daughters.

Mithoon begins to shiver as Surjo explains but makes an effort to hide it. The rest of the day he remains quiet as a cat. After dinner, Surjo makes the bed for him on the floor with a mosquito net. Mithoon packs his bags and quickly goes to sleep wearing his journey clothes. The reason he gives to Surjo for this is to avoid being late in the morning because of the clock. At night, while Mithoon is acting to be asleep, he hears a one strong knock. He sits up straight in a jolt. Surjo is sound asleep on the bed next to him. Mithoon takes his hand out of the net and places it next to Surjo. He awaits the next knock before waking up Surjo. Mithoon is not sure if the knock came from the door or the window above the table. Few minutes passed but the next knock never occurred. He goes back to bed and continues his act. The silence in the rest of the night further amplified the cry of the insects, bats, and owls from the jungle outside. While inside, the wall clock’s second hand makes a distinctive noise as it moves towards dawn.

P.S. The characters in the story are fictional but the quarters here exist in Durgapur till date. In 2002, Hindustan Fertilizer Corporation shut down, leaving its employees out of work. The author’s school friends grew up in these quarters and still live there. He often visits them whenever he is back home and listens to the older employees narrate horrid stories of how they were laid off right before their retirement. They never looked for work in other factories, rather chose to survive on their pension funds. This is where the seed for Monty-Kaku’s story germinated. Some of the quarters have been vacant since 2002, and today forests have grown out of them, almost like nature reclaiming what once belonged to it. The author wrote this story during one of his visits, while waiting at a table for his friend to return with food.

Vidit is pursuing his post graduation in Screenwriting at Film and Television Institute of India (FTII), Pune. However, the saddest part for him is not being around a flock of people on campus. This has made writing difficult for him in the past year. He recently began experimenting with writing freely without making any judgments on himself. This is one of the major reasons why he considers himself a Blahcksheep. 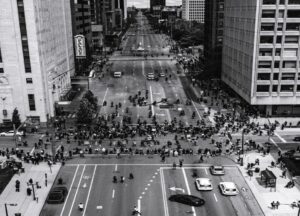 Why Does Racism Exist?

Racism is a monster carrying an enormous amount of hate with it. When one encounters it, there seems to be 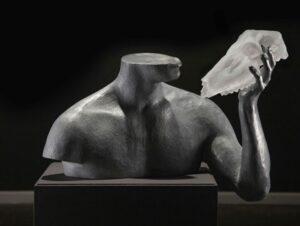 A Toast to Myself

So, it’s been a year since I began my journey with mySELF. I highlight the word because, well, she matters. 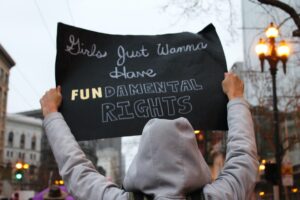