A Pandemic of Pretense: How We Are Facing a Crisis of Authenticity

This piece “A Pandemic of Pretense” was rejected by The Print, The Wire and Jacobin.

Humanity has been serving its penance without realising so. Many media outlets and household conversations have diverted the pandemic’s narrative towards the will of nature. ‘It’ is on a quest for revenge, they say – for itself, as well as the other life forms which inhabit it. In reality, we are just reaping the consequences of what we have sown.

By attributing supernatural powers to nature, we are collectivising the pain and suffering we have caused to it. On the other hand, nature itself is not truly capable of coming together as a whole to rebuke us for our mistakes. It is a mystical explanation, but certainly not the correct one.

Zoonotic diseases are the ones that spread in our population because of animal-to-human transmission. One causal factor is illegal trading of live animals in wet markets, claimed in the case of Wuhan. The other is the way we have commercialised animal farming, opening the door for many viruses to enter our system willingly.

The persecution of a particular species of animals in the human mind – bats at the start of the pandemic, for example – is of no consequence. Neither is the racism which has arisen because of COVID-19 originating from China. Humanity’s love for profit-making and colourful history with regulation is to be blamed here. Incompetence stems from the former and an absence of learning from the latter.

The lack of balance in our actions stems from years of escaping consequences for them. The pandemic is nothing but a stark manifestation of this reality. Just like global warming, which is affecting the planet now but will affect the future even more, our eating habits and animal harvesting practices are going to become the root cause for a lot of our troubles in the days to come.

I am a non-vegetarian who is proud of the Bengali cuisine he has inherited from his family. For the longest time, I have believed that while the virtues of vegetarianism are admirable, they are not realistic. The food chain must be maintained even as we evolve, which does not happen if every one of us shuts out meat and dairy products from our lives.

While I remain tolerant about all the views surrounding this issue, I have increasingly become disillusioned with the ways in which animals are treated while they are still alive. Domesticated beings are also living beings – their treatment is cruel in more ways than one, more so after the evolution of the meat industry in India.

But what neglect ends up doing is causing us to stop in our tracks, during one generation or the next. Feeding incomplete doses of antibiotics to animals for increasing the density of their meat is as cruel as it sounds. Humanity could do without it. But what is also unwittingly assisted is the evolution of bacteria which makes them immune to the same medicines in the long run. This has already precipitated the rate of preventable deaths around the country.

Zoonotic diseases will keep jumping from lower levels of the food chain into the artificial societies we have created for ourselves, because we have been writing another narrative for ourselves from prehistoric times – we are building abstract worlds within the confines of our psyche which remain separated from the harsh realities of nature. The industrial revolution has increased the pace with which we write our fates, and that of our planet’s.

We may consider ourselves to be as far away from nature as we have ever been. Yet we remain maddeningly dependent on it. The nature of our coexistence with the rest of the planet is one we must come to accept. This pandemic has brought to the surface many underlying socio-economic problems that have been plaguing the planet for years now. But if we are willing to learn, we can learn the biggest lesson we have manufactured for ourselves – we must put an end to this pandemic of pretension.

Life is full of pleasures which we can enjoy without guilt, but they must be enjoyed with responsibility – even the Paturi fish, which remains my favourite. There is an unintended cost attached to everything. Rather than blaming our sins on the supernatural forces of nature, we must reconcile with our roots to move past these dark times, into a brighter future. It is the only way to restore balance in a time of excess and ensure survival – for us, as well as our planet

Abhijato is a 19-year-old student from Kolkata, India, currently studying at Ashoka University. His words have appeared in Scroll.in, The Quint, ESPNCricinfo and McSweeney’s Internet Tendency among other places. 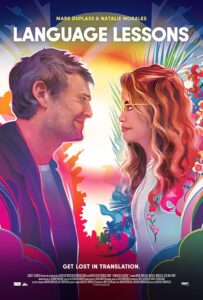 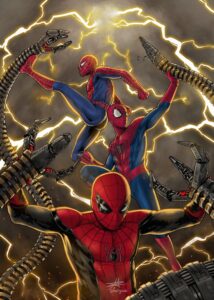 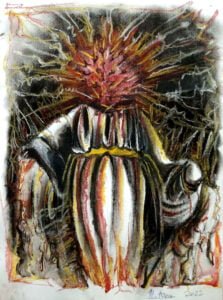