The Religion podcast by The Blahcksheep (TBS) in association with The Unredacted is an attempt to initiate a public dialogue on religion.

What does religion mean to you? How do you, as individuals, interact with the institution of religion? Is faith personal to you? Do you believe in God? Who are your religious role models if any?

Based on our open call for submissions, we asked you to share your personal stories, experiences, experiments and everyday interactions with religion (or the lack of it). We received a plethora of personal essays, poems and visual art from people across the world. Read all published submissions here.

In Episode One on ‘The Personal is Political,’ Mansi (Co-Founder, The Blahckhseep) and Nikita (Co-Founder, The Unredacted Podcast) have a conversation with talented artists and writers who sent in their submissions to the series. They talk about their work and what religion means to each one of them. You can check out their conversation on The Blahcksheep Youtube channel:

How does religion interact with other socio-economic institutions? How have courts death with religious matters? How do you interpret religious vs secular texts? Why don’t people experiment with religion and convert more often?

In Episode 2 on ‘Religion and The Law,’ Pooja, Co-Founder, The Blahcksheep and Prerna, Co-Founder, The Unredacted Podcast discuss constitutional veneration, cow protection laws, psychoanalysis of law and much more with Professor Amit Bindal, lawyer and academic from O.P. Jindal Global University, India. Listen in:

In Episode 3 on ‘Nationalism and Religion‘ Pooja and Prerna have a chat with Prof. Achin Vanaik, renowned author and activist. They discuss fascism, erosion of secular values, and religious based nationalism around the world. They also unpack the relevance of recent parties like AAP as a potential challenge to the BJP, the various strands of nationalism in India compared to its global counterparts and the future of Left politics. Listen in:

Where does the LGBTQIA+ community stand on religion? Are they more likely to embrace faith or reject it? Is it possible to affirm both your queer and religious identity?

In episode 4 on ‘QueerThinking Religion,’ we speak to queer people across varying backgrounds, faiths, and sexual identities. We ask them if their chosen religion is accommodative of their queerness, what it is like growing up queer in India and interacting with religious institutions on a daily basis. We also talk about what it means to be a religious queer or religiously queer person. You can watch the entire discussion below:

We hope you found this interesting and insightful. We’d love to hear your thoughts on the matter too. Write to us at theblahcksheep@gmail and tell us about your experiments and experiences with religion. We look forward to your blahs! x 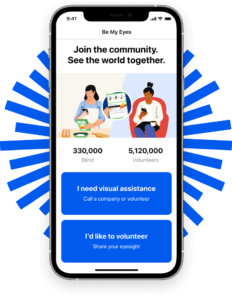 Be My Eyes: An App that Helps You See the World Better, Together

‘In this Recommends piece, Pooja Bhatia, Editor, The Blahcksheep introduces you to ‘Be My Eyes,’ a free mobile application that 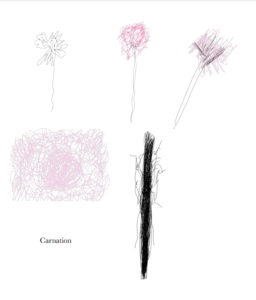 The Landfills and Other Poems

The landfills if it never stopped raining? $40 a month for cowboys in the 1880’storn grass flower crumbs plastic driftwood

This girl group is ready to take over the world one feminist anthem at a time. BO$$ES is a pop,