You can also read this interview of Somnath Waghmare given to our Editor-in-Sheep, Pooja Bhatia in Marathi here.

Editor-in-Sheep, Pooja Bhatia in conversation with the film maker

“I see myself as a researcher and an activist filmmaker. Filmmaking is a painful process for me.”

Q. 1 Why is it important for you to make films on caste/tribals?

Ans: I belong to the marginalised community myself. Just like Indian academia, the Indian film industry too is dominated by dominant caste and privileged liberal who treat Dalits and Tribals as data points for bagging big fellowships, grants or advancing their careers. The misrepresentation of historically marginalised communities in cinema is a serious problem. Of course, there are exceptions like Pa. Ranjith, Nagraj Manjule, Mari Salvraj but a lot still remains to be done to represent marginalised communities and their struggles on screen. I want to tell their stories through my films.

Q. 2. Your documentary is set in the Nandurbar district of Maharashtra that has a 67% tribal population. With an ulterior motive to grab her land, the woman in the documentary was labelled a daakin (witch) by Bhagats and excommunicated from her village and farm land. Did you get a chance to follow up with her?  Did you speak to anyone from the oppressor community?

Ans: Unfortunately, I could not meet her after the documentary’s release in 2016. I tried reconnecting with her but couldn’t get through her. As for your second question, dominant castes don’t acknowledge their role as oppressors. I did reach out to them for an interview but they denied.

Q. 3 How prevalent is the practice of witch branding in India? Did your research cover any other region or story? How is it different from the western concept of being declared a “witch”?

Ans: Indian society believes in different kinds of witchcraft. Witch hunting is just one type of untouchability against women. There are numerous such stories all over India. Even the Devadasi system prevalent in Maharashtra and the South is a kind of witch branding situated in the operation of the caste system. The Indian witch branding practice is definitely different from its Western counterpart because it is rooted in the structure of caste. I don’t want to criminalise tribal communities through my work. The idea is to highlight superstition within marginalised communities that is cleverly used by dominant castes to oppress them further.

Q. 4 Thoughts on your work? How do you view your own work?

Ans: I look at myself as a PhD scholar. I am a researcher and a political filmmaker. That’s what I like to call myself.

Film writing and film making is a privileged activity. It may be enjoyable for privileged men who like romanticising the medium. But for me, filmmaking is a deeply painful process.

Crowdfunding for my films gives me anxiety. When someone funds your project or invests in you, they develop unreasonable expectations from you. I have had funders call/text me to meet them to discuss my project. Why should I be obliged to meet people who I don’t know? Just because they put their money into my work? This is not how professional work should be. I would say that crowdfunding has left a  negative effect on my mental health.

This is why I don’t go to the public anymore for funding. I avoid that as much as possible. I’d rather  approach individual people who I know and trust  for funds by writing to them. Fellowships and grants are also an option but you need to have a thriving social network for that. Otherwise, it is not possible without networking and contacts.

Q. 5. In the future, what kind of films do you want to make? If funding wasn’t an issue, what subject would you choose to make films on?

Ans: I am currently working on three projects – my PhD thesis, a documentary project on Chaityabhoomi and Ambedkarite songs documentation project from rural Maharashtra. My dream project is one where I don’t have to face any financial issues. Having my films screened on Amazon or Netflix would be great and I am working towards that.

Somnath Waghmare is an Indian documentary filmmaker and film researcher based in Maharashtra. His recent film, “Battle of Bhima Koregaon”, received critical acclaim both in India and abroad. He is currently pursuing his PhD from TISS Mumbai on “ 1970s Onwards: Caste Politics of Marathi Cinema” 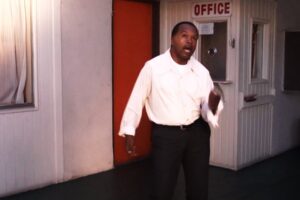 Security Guard turned actor and musician, here’s Derrick T. Tuggle’s story after dancing in one of The Black Keys’ most 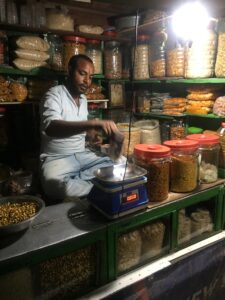 This piece was rejected by other publications and platforms that found it “interesting but not good enough to be published.”